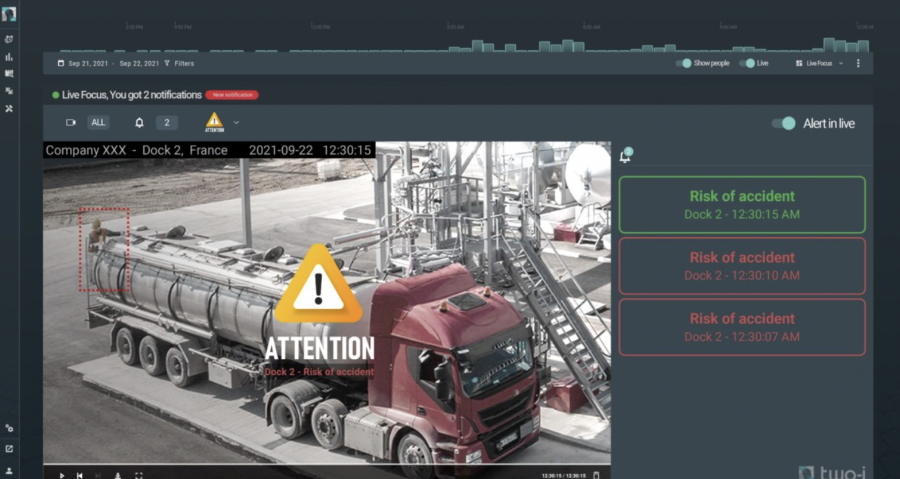 Startup Two-i, which provides video analytics services to city municipalities and private companies, has developed an algorithm for tracking safety at production facilities. The tool implemented at the production facilities of the oil company ExxonMobil has prevented several potentially fatal cases.

Two-i products are based on computer vision and deep learning. The startup’s key system tracks traffic on the roads of eight European cities, analyzes it and suggests ways to optimize traffic.

Together with ExxonMobil, Two-i has developed an application that allows detecting when people are near hazardous areas in production and are at risk of falling. The system warns employees in real time about the need for urgent action. In the first months of operation, the tool prevented two accidents.

The company’s technologies are based on NVIDIA products, including NVIDIA Metropolis for video analytics applications and NVIDIA TensorRT for accelerating video data processing.