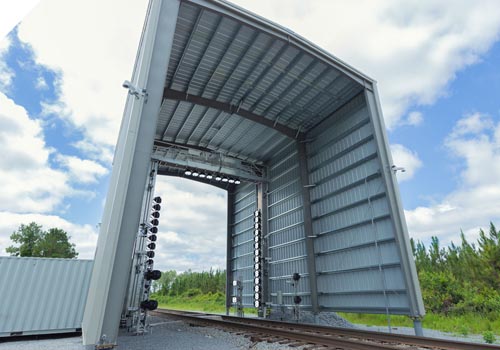 The algorithms of Duos Technologies determine the malfunctions of trains when they pass at full speed through a set of cameras. The system reduces the time of full inspection of the train by more than 1000 times, allowing you to significantly increase the capacity of the railway tracks.

Manual inspection of trains for the subject takes several hours. The Duos Technologies system looks like a hangar located on railway tracks and consists of 25 cameras and 10 servers with 48 NVIDIA T4 GPUs. One system can automatically process up to 1.3 TB of video recordings from cameras installed at different viewing angles. In addition to breakdowns, the system can also detect hooks. The key feature of the Duos technology is the absence of the need to stop and even slow down the train when passing through the hangar, which allows you to repeatedly increase the capacity of railway tracks.

Duos algorithms support the search for defects in cars of all types used in the United States. Duos customers-transport services-pay separately for each module aimed at detecting a certain type of defects, for example, missing bolts on a connecting plate.

Today, Duos systems are used in the United States and Canada.