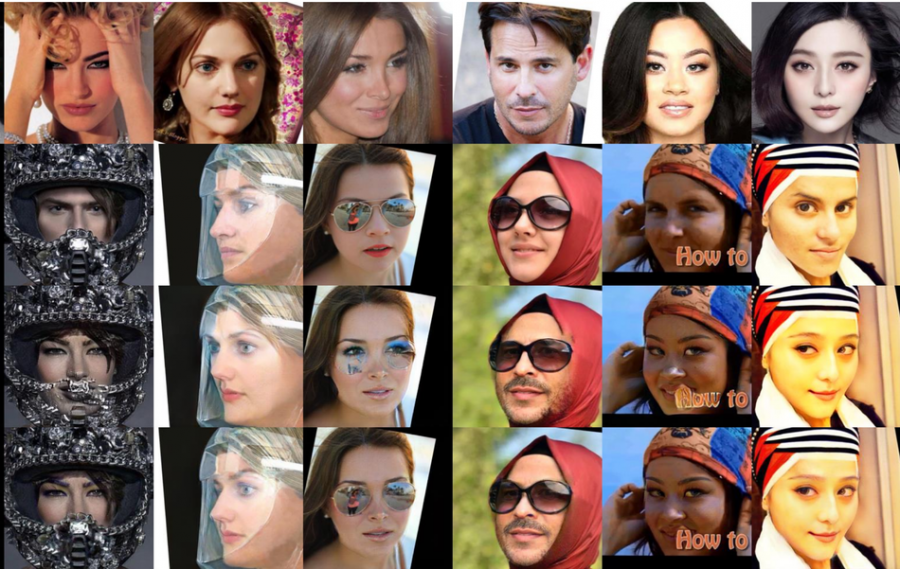 Researchers from Microsoft and Peking University have proposed a new method for face swapping in images called FaceShifter.

In their two published papers, FaceShifter and Face X-Ray, researchers propose a new framework that produces highly realistic face-swapping even under occlusions and while preserving the person’s identity. The novel method is based on a multi-stage architecture where in the initial stage it extracts target face attributes that are later adaptively fused during the following stages to generate a realistic output image.

Researchers introduced a number of improvements as part of the FaceShifter method. They proposed a new attributes encoder, a new generator network with so-called Adaptive Attentional Denormalization layers and a new network that is able to recover anomaly regions called HEAR-Net or Heuristic Error Acknowledging Refinement Network. The proposed architecture combines these modules in a way that the method provides occlusion aware face-swapping.

Researchers designed and performed several experiments to show the effectiveness of the proposed method. The first network named Adaptive Embedding Integration network (AEI) was trained using the CELEBA-HQ, FFHQ, and VGGFace datasets. The HEAR-Net network was subsequently trained using a portion of the samples that have a top-10% error in the datasets that the encoder was trained on.

More about the new method for face swapping can be read in the paper published on arxiv.