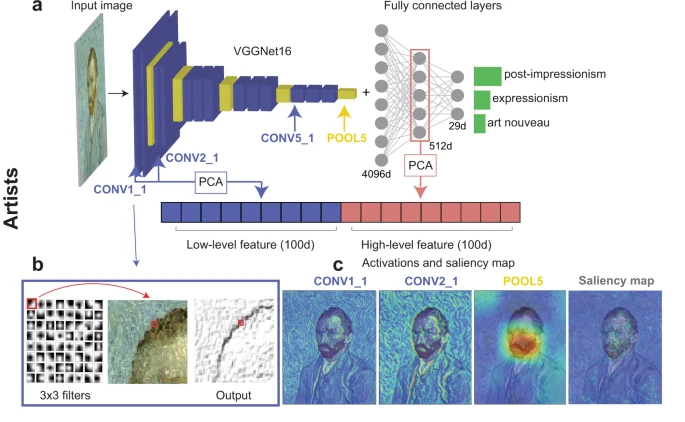 The researchers used neural networks to study periods of high activity of artists, scientists and directors. The obtained results can be used to identify and develop talented teenagers in various fields.

In a number of creative fields, personal careers are characterized by periods of high activity. However, it remains unclear whether there are any patterns underlying the beginning of such periods. In an article published in Nature Communications, scientists have built multidimensional representations of the results of the activities of representatives of the above groups to identify the prerequisites for high creative activity based on transfer learning.

To train the model, a dataset was compiled, consisting of:

For each element of the dataset, a 200-dimensional representation was built to analyze the dynamics of the authors ‘ style. The output results of the model are the patterns underlying the occurrence of periods of high career activity.

The model revealed the important role of accumulating knowledge and conducting one’s own research for career growth. At the same time, in all three areas considered, an important turning point in a career is associated not with the choice of one of two tactics, but with a certain sequence of “accumulation of knowledge-research”.

The authors of the study argue that a consistent view of creative strategies with a balance of learning and research can be especially effective for achieving long-term success.