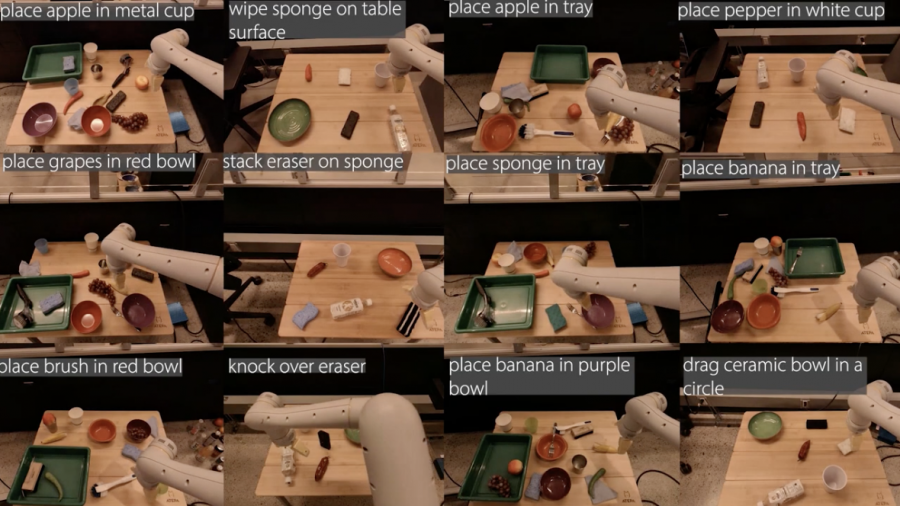 The Google AI study demonstrated the possibility of teaching robots to perform tasks that were not included in the training dataset.  The method allows you to speed up and simplify the process of training robots.

Robots in the real world will inevitably face new commands and situations that did not exist during training. Therefore, it is important that robots are able to solve new tasks for them. Existing research in the field of robotics has allowed robots to perform tasks with new objects, descriptions and goals. However, enabling robots to execute instructions describing completely new tasks remains largely inaccessible.

The BC-Z system developed at Google consists of two key components: the collection of a large-scale training dataset covering 100 different tasks, and a neural network with a voice command or video instruction as input.

During the training, the robot’s actions were recorded using a virtual reality headset. First, the operator records a video instruction for each task. Then, as soon as the robot learns the sequence of actions, the robot tries to repeat the actions. If the robot starts to make mistakes or gets stuck, the operator intervenes and shows how to fix the error.

This mixture of demonstrations and interventions significantly improves learning performance. In Google’s experiments, a 2-fold increase in performance was recorded when using this data collection strategy compared to using only demonstrations.

The resulting system was able to perform 24 new tasks, including those that require interaction with pairs of objects that had not previously interacted in the training dataset.