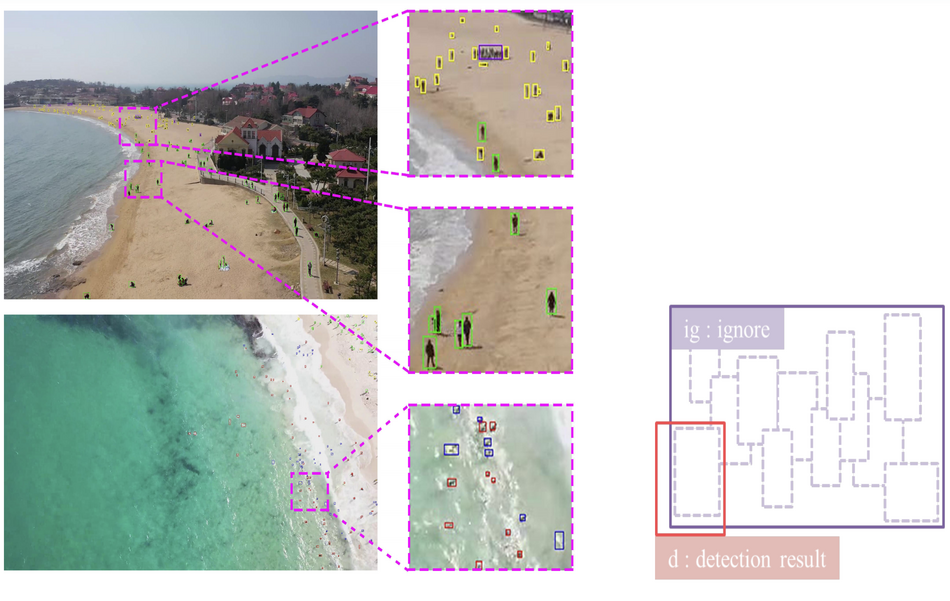 The Tiny Object Detection (TOD) Challenge was designed in order to foster research in the direction of tiny object detection in images. The main focus of the challenge was the detection of people or tiny person detection in an image. For the purpose of this challenge, researchers collected and released a dataset called TinyPerson dataset consisting of 1610 labeled images with more than 72 000 annotations and an additional 759 non-labeled images.

After the end of the competition, researchers collected and released the details as a summary of the challenge along with the best performing methods.

There were 36 teams competing in the Tiny Object Detection Challenge, which took part from April to July this year. The proposed solutions were evaluated against a dataset of 786 images with ~13 000 person annotations, some of which were up to a 4K resolution.

The winner of the competition was a team from Baidu, named baidu_ppdet team. They achieved an Average Precision (AP) score of even 87.28 on the tiny test dataset. Their proposed solution was a two-stage detector that employs random erase and multi-scale training techniques. The second-best team was the team named STY-402 and used an adapted Faster-RCNN model with several improvements such as feature pyramid levels, deformable convolutions, etc.

More details about the competition can be read in the Github repository. The Tiny Person dataset can be downloaded here.