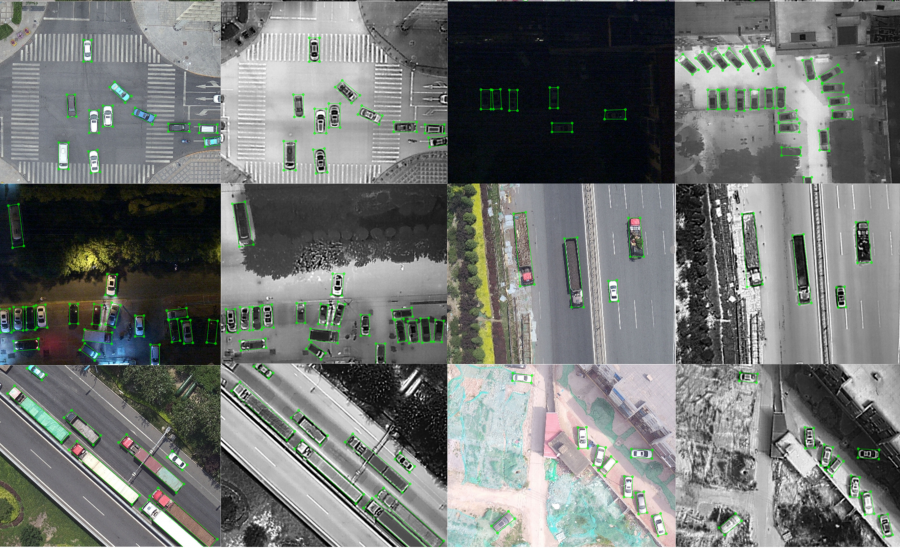 AI Sky Eye has announced the release of DroneVehicle: a new challenge in vehicle detection and counting from drone images. DroneVehicle is yet another challenge in the series of challenges hosted by AI Sky Eye. It represents a large-scale vehicle detection and counting benchmark, which aims at advancing algorithms for visual analysis tasks on bird-eye view images captured with UAVs.

The DroneVehicle dataset contains more than 15 thousand pairs of RGB and infrared images, labeled with a large number of annotations. The creators of the dataset labeled more than 440 000 instances in the images of the dataset. Together with the release of the dataset, they designed two challenging tasks of detection and counting of vehicles in the set of images in a wide variety of situations which involve residential areas, highways, urban roads, parking lots, etc. The images were captured both during day and night and a number of factors make the tasks of detection and counting challenging: illumination changes, occlusions, scale variations, object variations, etc.

The dataset was collected using drone-mounted dual cameras (RGB and infrared) and was labeled manually. The main categorization included in the dataset was the vehicle type categorization including car, truck, bus, van and freight car. According to the statistics that researchers published about the dataset, there is a highly imbalanced distribution of categories of vehicles (many more cars than trucks, buses, etc.). They also reported around 14.2 average vehicle targets per image.