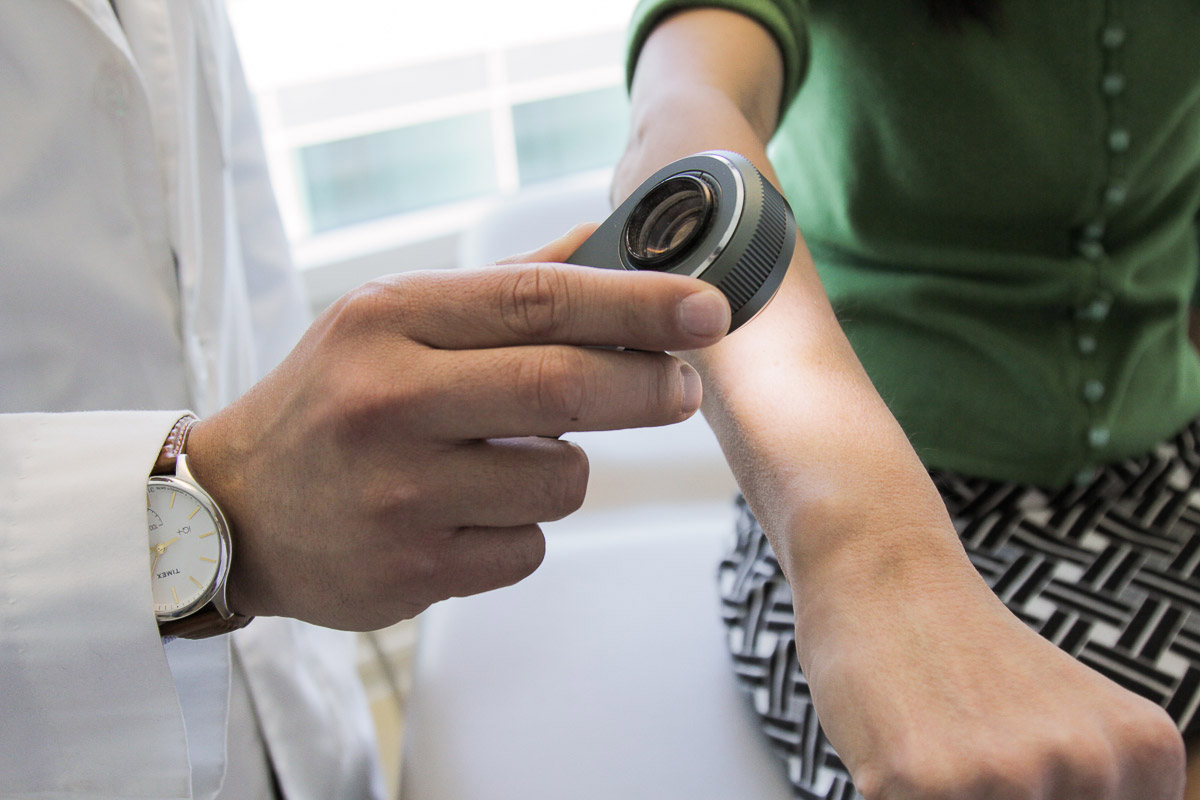 Researchers from Google, the University of California, MIT and the Medical University of Graz have joined forces to develop a deep learning system for diagnosis of a large number of skin diseases.

In their paper “A deep learning system for differential diagnosis of skin diseases” they argue that skin conditions and diseases affect a vast number of people around the world and the diagnostic accuracy is rather low, especially in the case of general practitioners (GPs). For this reason, they developed a system that is able to diagnose and distinguish 26 of the most common skin conditions, that cover more than 80% of all cases.

The proposed deep learning system relies on image processing as well as external features relevant for the patient and disease diagnosis. Researchers designed a specific architecture such that both features from the images and from the metadata are involved in the diagnosis. One or several input images are processed by a deep convolutional neural network in order to extract meaning and distinguishing features. These features are concatenated with the features extracted from the metadata and the system provides a ranking output of the known skin conditions.

To train the system, around 18 000 cases were studied, which were split among training, and evaluation data. Researchers evaluated the system using rigorous reference standard defined from the diagnoses of three US certified dermatologists. According to the paper,  the system achieved 71 percent top 1 and 93 percent top 3 accuracies.

Despite the high accuracy in detecting various skin conditions, the system was not built to replace clinicians but instead to serve as a tool to aid the diagnosis of these diseases. More about the research can be read in the paper available on arxiv.