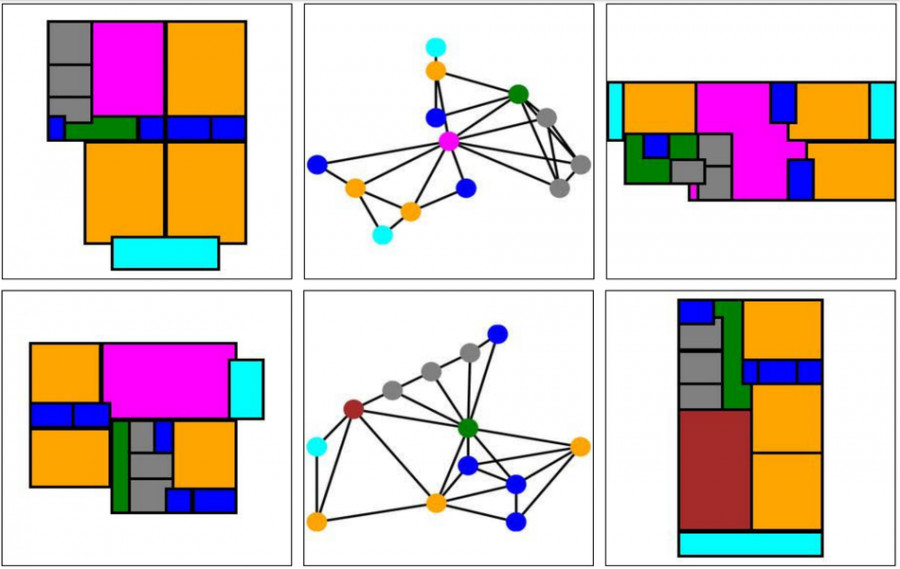 A group of researchers from Simon Fraser University and Autodesk Research has built a GAN network that can generate realistic floor plan layouts.

The model, named House-GAN is a relational type of Generative Adversarial Network that takes as input a bubble diagram represented as a graph. In this input graph, nodes encode rooms couples with their room types and edges encode spatial adjacency. The complete house floor layout is given as a set of bounding boxes of rooms.

Through adversarial training, House-GAN is able to learn how to generate realistic floor layouts. The generator network is a relational generative adversarial network that takes a noise vector per room as input together with the bubble diagram representing the connected structure of the floor and consisting of a number of rooms. Given this diagram, the method constructs Conv-MPNs (Convolutional Message Passing Networks) with the same structure as the graph structure of the bubble diagram. The Conv-MPNs are used to update feature volumes via message passing, which are later upsampled and propagated to a final CNN network that converts a feature volume into segmentation masks. In this way, the generator generates an output that looks like a floor layout – a segmented image with axis-aligned rectangles for each room.

The discriminator performs the same operations in reverse order starting from the floor plan segmentation mask. The goal of the discriminator is to learn how to distinguish real vs. fake input. Researchers used the LIFULL HOME database which offers a large number of floor plans compatible with bubble diagrams. They selected around 117 thousand real floorplans and generated bubble diagrams for each one of them. They trained House-GAN using this data and evaluated the results in terms of diversity, realism, and compatibility of the generated floorplan.

The evaluations showed that House-GAN outperforms existing methods in all of the defined metrics, both quantitatively and qualitatively. The implementation of the method will be open-sourced along with the dataset used to train House-GAN. More in detail about the model and the training can be read in the paper.