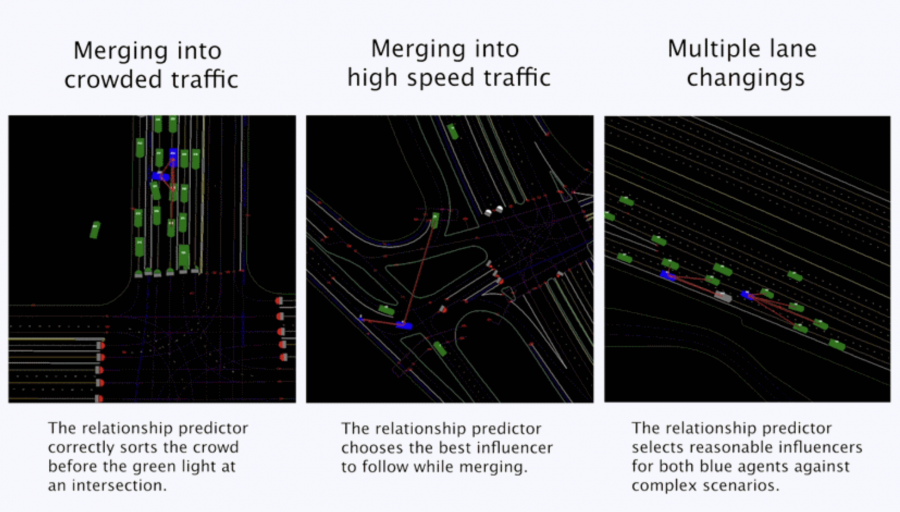 MIT researchers have developed an algorithm to improve the safety of self-driving cars. The model predicts the trajectories of road users moving near the drone in real time.

Modern methods of traffic analysis are either too simplistic (for example, they assume that pedestrians always move in a straight line), or too conservative, or they can predict only the behavior of one agent. In the MIT algorithm, the task of predicting the behavior of several agents is divided into small subtasks, which allows them to be solved in real time in parallel.

The system first determines the relationship between two road users – which car, cyclist or pedestrian has the right of way, and which agent will give way to him – and uses these relationships to predict the future trajectories of several agents.

The algorithm uses the previous agent trajectories and a map with the location of streets and the configuration of traffic lanes as input data. Using this information, the model determines which of the two agents has the right of way first, and predicts its trajectory, since this agent is independent. Then the trajectory of the second, dependent agent is predicted. The model builds a real-time forecast for the next 8 seconds.