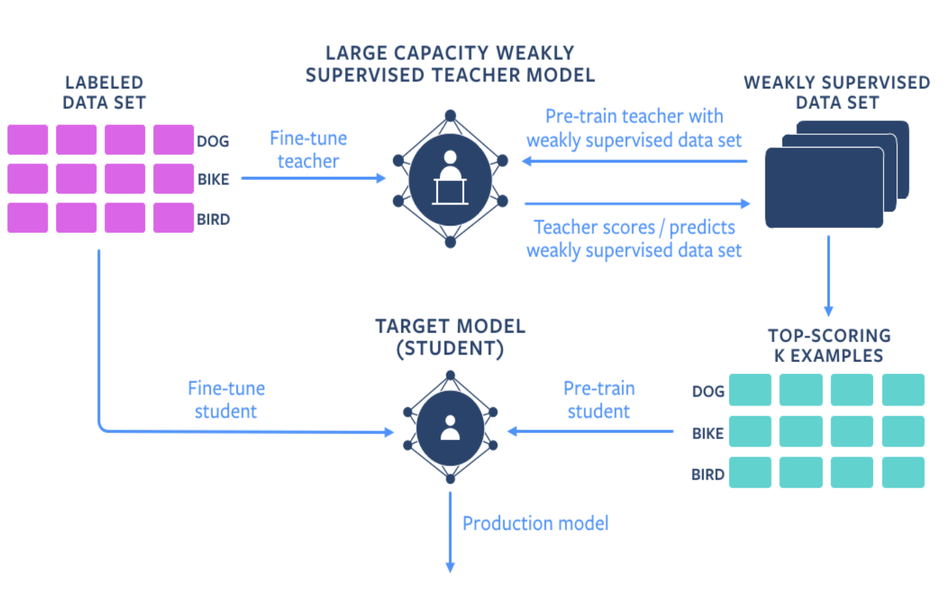 The new approach that the researchers propose, in fact, combines the merits of both well-known training methods: semi-supervised and weakly supervised learning. According to them, both weakly and semi-supervised learning have their limitations and on the other hand, a large amount of publicly available data (especially visual content such as photos and videos) is raw and unlabeled.

In order to make use of such vast amounts of data, considering the fact that labeling of training data cannot scale due to several reasons, researchers designed and proposed a new framework where a student-teacher network setting allows to combine both weakly- and semi-supervised learning.

The new method achieved 81.2 percent top-1 accuracy on ImageNet using the ResNet-50 model for our benchmarking tests. In the case of Kinetics video action classification, it achieved 74.2 percent top-1 accuracy on the validation set with a low-capacity R(2+1)D-18 model. Researchers note that this is a 2.7 percent improvement over the previous state of the art results obtained by the same capacity weakly supervised R(2+1)D-18 model using the same input data sets and compute resources.