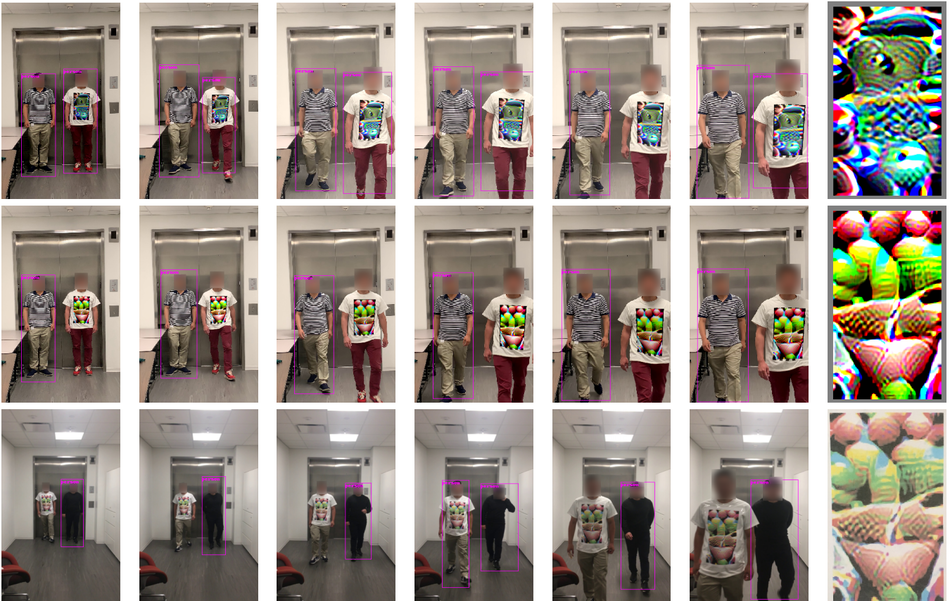 In their novel paper, named “Evading Real-Time Person Detectors by Adversarial T-shirt”, researchers describe a new method for designing physical adversarial examples. The “adversarial T-shirt” that they made using the proposed method achieves a 79% attack success rate in digital and 63% in physical worlds.

A large number of methods for fooling object detectors and computer vision systems, in general, have been proposed in the past. Most of the recent work has focused on developing adversarial attacks for the convolutional neural network (CNN)- based object detectors. However, most of the adversarial attacks focus on static objects (traffic signs, traffic lights, glass frames, etc.).

This work presents one of the first physical adversarial examples that can incorporate dynamic and deformable objects such as T-shirts. Researchers developed a method where a TPS based transformer is used to model the temporal deformation of an adversarial T-shirt caused by a person’s movement. In this way, they are able to cater for these temporal deformations and design patterns which will act as adversarial patches even when they are deformed i.e. placed on non-rigid objects such as T-shirts.

The researchers report that their method achieves state-of-the-art performance for physical adversarial attack methods, outperforming existing methods by a large margin. More details about the method can be found in the paper.