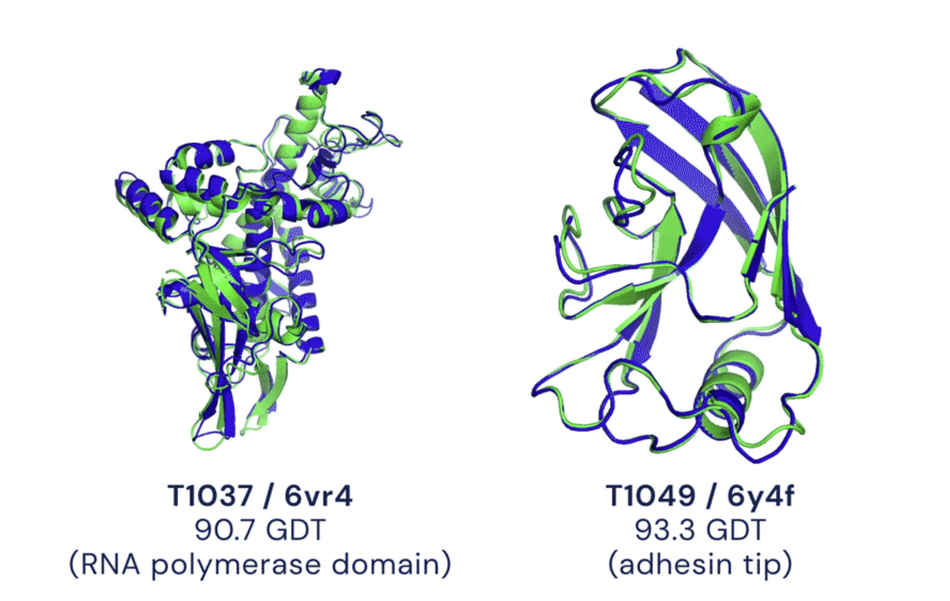 A major scientific breakthrough was announced by DeepMind – their advanced AlphaFold AI System solved the 50-year old challenge in biology known as the “protein folding problem”. In a recent post, researchers from the AlphaFold Team at DeepMind have described their achievement which is itself incredible considering the implications of the solution.

In January this year, the team has released what is now referred to as the initial version of AlphaFold – an AI system that is able to reconstruct the 3D protein structure. After several iterations of improvement over this first version, researchers managed to solve the big challenge of protein folding.

The problem of protein folding has been one of the key problems in computational biology in the past few decades. The reason behind this is obvious – the implications which a solution to this problem has in terms of advancing biology and greatly improving our understanding.

The AlphaFold AI system combines several ideas and it frames the problem of protein folding as a refinement of a “spatial graph” of amino acid residues. It uses an attention-based deep neural network trained in an end-to-end manner which has to interpret the structure of the graph and refine it.
Trained on a dataset of approximately 170 000 samples of protein structures, the AlphaFold system was able to develop strong predictions about the physical structure of the protein. The solution to the grand challenge was recognized by the Protein Structure Prediction Center and the CASP program. Researchers mention that they are still preparing the paper which will be submitted to a peer-review journal.

More details about the new system and its development can be read in the official blog post.