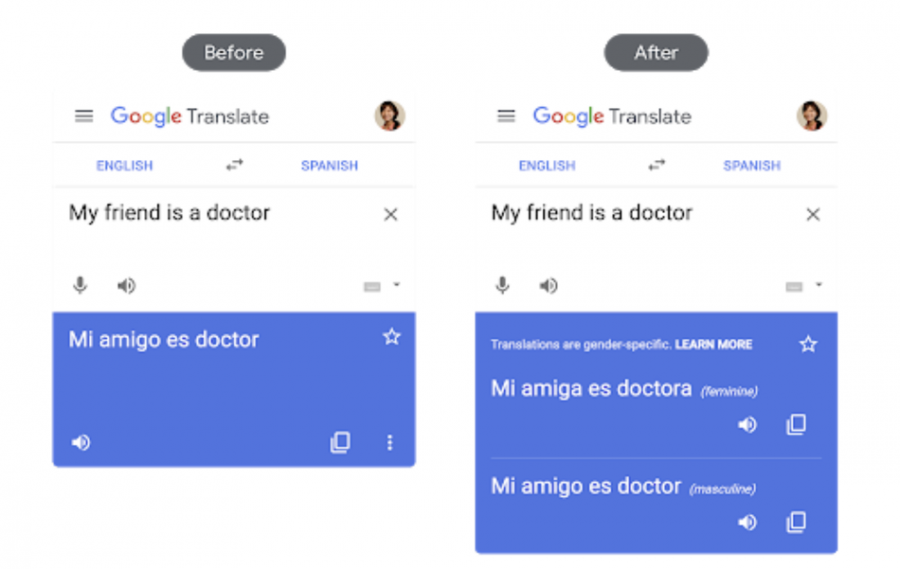 Google has announced a new approach for reducing gender bias in Google Translate that can scale easily.

Not so long ago, in December 2018, Google announced a new feature in Google Translate – gender-specific translations. In other words, the service started offering alternative translations when translating from a gender-neutral source language, and this feature was available for only a few languages from English and only from Turkish to English, in the opposite direction.

Now, researchers at Google have managed to successfully develop a scalable approach for reducing gender bias and in parallel, they released a new English-to-Spanish gender-specific translation. The new approach is called “rewriting-based, gender-specific translation” and in comparison with the previous approach, it does not require a gender-neutrality detector. In fact, in the novel approach, the first step is to generate an initial (or default) translation, which is then reviewed in later stages to identify the parts where gender-neutral source text translated to gender-specific translation. In such cases, a sentence-level rewriter is used to correct or provide alternative translations for those instances. In the end, both sentences are reviewed for improved accuracy.

Researchers developed a so-called Rewriter, which is a transformer-based sequence-to-sequence model. They trained the model using a dataset that was specifically developed for this purpose and the resulting model achieves more than 99% reliable translations (or rewrites) for the requested masculine or feminine instances.

More details about the new approach for reducing gender bias in Google Translate can be read in the official blog post.