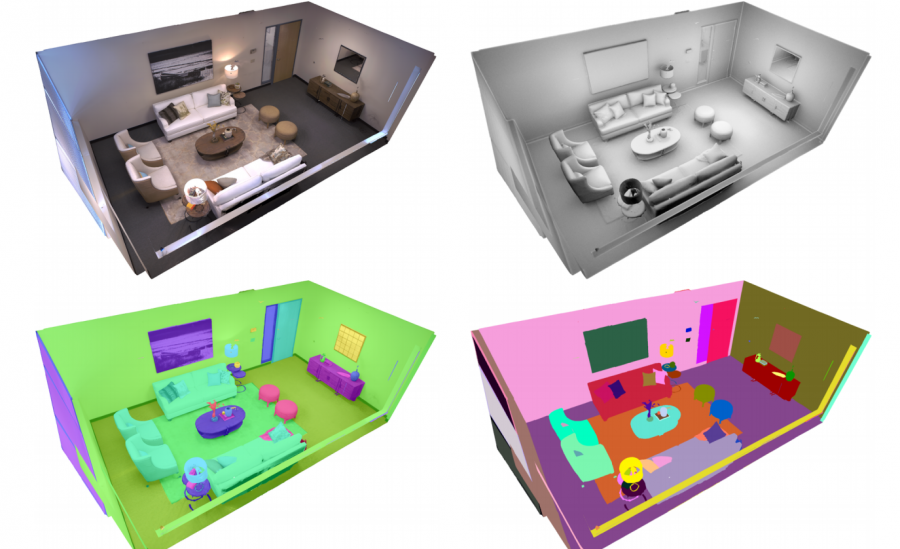 Each of the instances in the dataset has highly precise and dense geometry and very high resolution. Moreover, the dataset contains glass and mirror surface information from the objects present in the scene as well as planar segmentation, semantic class, and instance segmentation.

According to the researchers, the goal of the project was to create a dataset with high-fidelity reconstructions of physical spaces. This kind of data can potentially be used in a variety of machine learning problems. Such problems include geometric inference, 3D semantic segmentation, robot navigation, etc.

A high-resolution dataset such as Replica is expected to enable training of models that can be directly deployed in the real world. Researchers that worked on building the Replica Dataset mention that realistic data such as the Replica dataset will allow bridging the gap between simulation and reality.

The Replica Dataset was open-sourced and is available on Github. More details on the creation of the dataset and it’s contents can be found in the published paper. The creators of the dataset also created ReplicaViewer – an interactive UI tool that allows exploring the dataset.