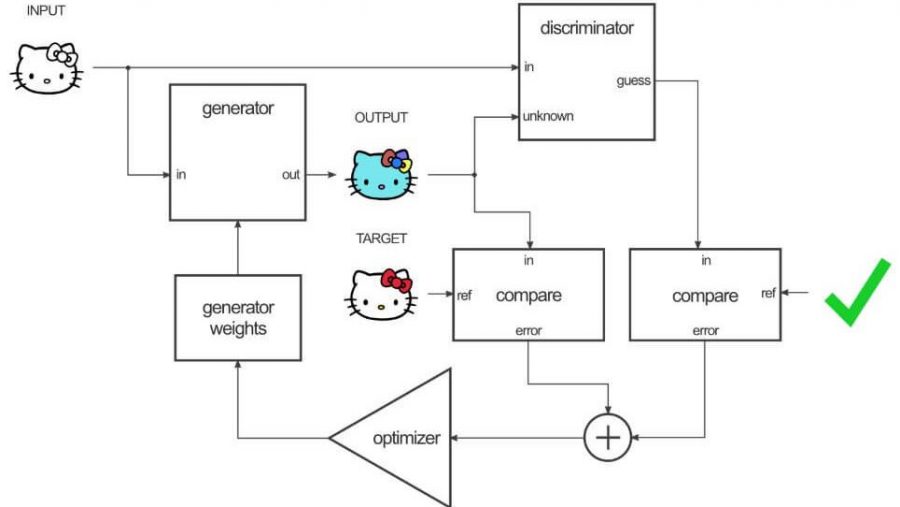 Pix2pix architecture was presented in 2016 by researchers from Berkeley in their work “Image-to-Image Translation with Conditional Adversarial Networks.” Most of the problems in image processing and computer vision can be posed as “translating” an input image into a corresponding output image. For example, a scene may be rendered as an RGB image, a gradient field, an edge map, a semantic label map, etc. In analogy to automatic language translation, we define automatic image-to-image translation as the task of translating one possible representation of a scene into another, given a large amount of training data. But with the rise of deep learning, CNN becomes the common workhorse behind a wide variety of image prediction problems.

The Generator has the job of taking an input image and performing the transform to produce the target image. The encoder-decoder architecture consists of:

An example input could be an image (black and white), and the output of that image is to be a colorized version. The structure of the generator is called an “encoder-decoder,” and in pix2pix the encoder-decoder looks more or less like this:

A convolution is applied after the last layer in the decoder to map the number of output channels (3 in general, except in colorization, where it is 2), followed by a Tanh function. Batch-Normalization is not applied to the first C64 layer in the encoder. All ReLUs in the encoder is leaky, with slope 0.2, while ReLUs in the decoder is not leaky. The U-Net architecture is identical except with skip connections between each layer i in the encoder and layer n-i in the decoder, where n is the total number of layers. The skip connections concatenate activations from layer i to layer n-i.

The Discriminator has the job of taking two images, an input image and an unknown image (which will be either a target or output image from the generator), and also decide if the other image was produced by the generator or not. The 70×70 discriminator architecture is:

A convolution is applied after the last layer to map to a 1-dimensional output, followed by a Sigmoid function. BatchNorm is not applied to the first C64 layer. All ReLUs are leaky, with slope 0.2. All other discriminators follow the same basic architecture, with depth varied to modify the receptive field size:

In the pix2pix implementation, each pixel from this 30×30 image corresponds to the believability of a 70×70 patch of the input image (the patches overlap a lot since the input images are 256×256). The architecture is called a “PatchGAN”.

For training the network, two steps have to be taken: training the discriminator and training the generator. All networks were trained from scratch. Weights were initialized from a Gaussian distribution with mean 0 and standard deviation of 0.02. 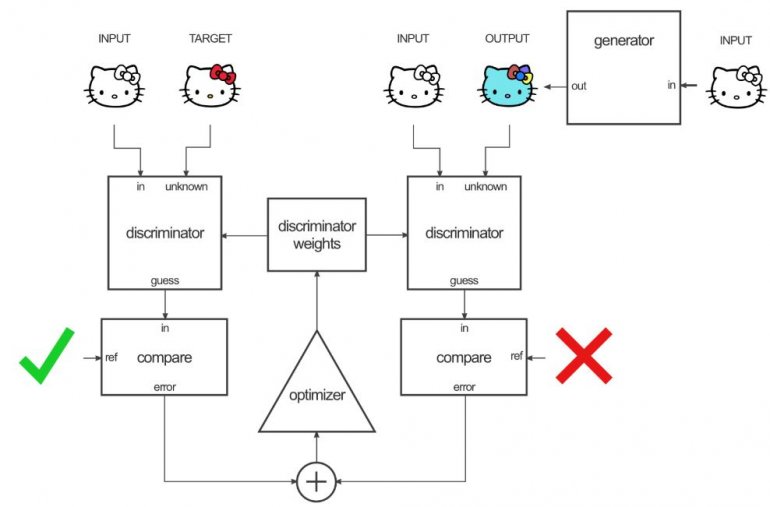 The generator’s weights are then adjusted based on the output of the discriminator as well as the difference between the output and the target image. 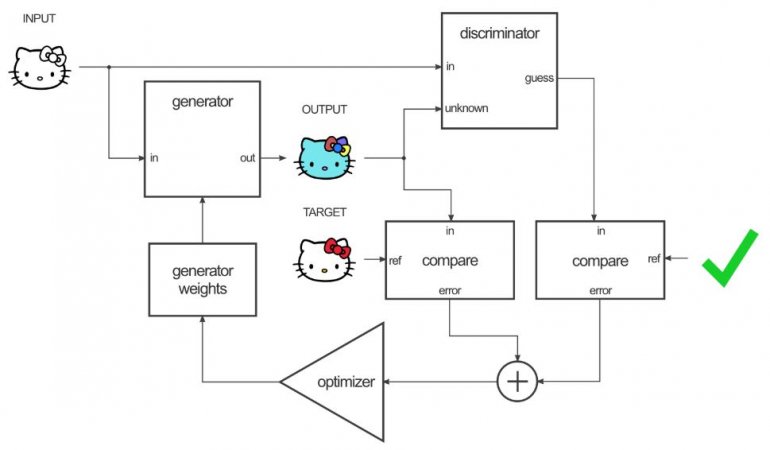 The objective function, we want to minimize during training is of conditional GAN, which can be expressed as:

Use Cases and Implementation

The nice thing about pix2pix is that it is not specific to some class i.e. it is generic. It does not require to define any relationship between the two types of images. It makes no assumptions about the relationship and instead learns the objective during training, by comparing the defined inputs and outputs during training and inferring the objective. This makes pix2pix highly adaptable to a wide variety of situations, including ones where it is not easy to verbally or explicitly define the task we want to model.

Pix2pix suggest that conditional adversarial networks are a promising approach for many image-to-image translation tasks, especially those involving highly structured graphical outputs. These networks learn a loss adapted to the task and data at hand, which makes them applicable to a wide variety of settings. The result achieved by pix2pix is state of the art.

What does ref indicates in Compare blocks ?