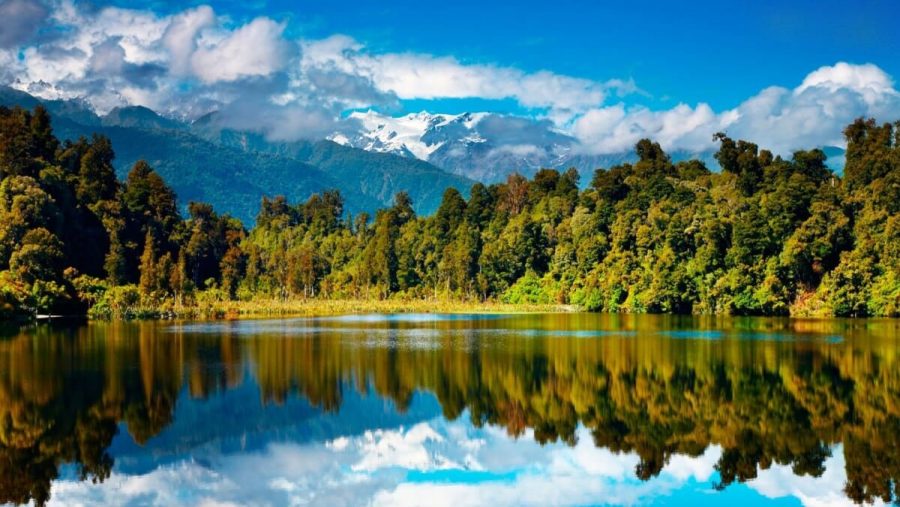 One hallmark of human cognition is the splendid capacity of recalling thousands of different images, some in details, after only a single view. Not all photos are remembered equally in a human brain. Some images stick in our minds, while others fade away in a short time. This kind of capacity is likely to be influenced by individual experiences and is also subject to some degree of inter-subject variability, similar to some individual image properties.

Interestingly, when exposed to the overflow of visual images, subjects have a consistent tendency rather remember or forget the same pictures. Previous research suggests and analyzes the reason why people have the intuition to remember images and provide reliable solutions for ranking images by memorability scores. These works are mostly for generic images, object images and face photographs. However, it is difficult to dig out the obvious cues relevant to the memorability of a natural scene. To date, methods for predicting the visual memorability of a natural scene are scarce.

Previous work showed that memorability is an intrinsic property of an image. DNN has demonstrated splendid achievement in many research areas, e.g., video coding and computer vision. Also, several DNN approaches were proposed to estimate image memorability, which significantly improves the prediction accuracy.

A memory game is used to quantify the memorability of each image in LNSIM database. A software is developed in which 104 subjects (47 females and 57 males) were involved. They do not overlap with the volunteers who participated in the image selection. The procedure of our memory game is summarized in Fig. 2.

In this experiment, there were 2,632 target images, 488 vigilance images and 1,200 filler images, which were unknown to all subjects. Vigilance and filler images were randomly sampled from the rest of 6,886 images. Vigilance images were repeated within 7 images, in an attempt to ensure that the subjects were paying attention to the game. Filler images were presented for once, such that spacing between the same target or vigilance images can be inserted. After collecting the data, a memorability score is assigned to quantify how memorable each image is. Also, to evaluate the human consistency, subjects are split into two independent halves(i.e. Group 1 and 2).

LNSIM database is mined to better understand how natural scene memorability is influenced by the low, middle and high-level handcrafted features and the learned deep feature.

The middle-level feature of GIST describes the spatial structure of an image. However, Table 2 shows that the SRCC of GIST is only 0.23 for the natural scene, much less thanρ=0.38 of generic images. This illustrates that structural information provided by the GIST feature is less effective for predicting memorability scores on natural scenes.

There is no salient object, animal or person in natural scene images, such that scene semantics, as a high-level feature. To obtain the ground truth of scene category, two experiments are designed to annotate scene category for 2,632 images in the database.

All images are annotated with categories through the majority voting over Task 1 and Task 2. Afterward, an SVR predictor with the histogram intersection kernel is trained for scene category. The scene category attribute achieves a good performance of SRCC(ρ=0.38), outperforming the results of low-level feature combination. This suggests that high-level scene category is an obvious cue of quantifying the natural scene memorability. As shown in below Figure, the horizontal axis represents scene categories in the descending order of corresponding average memorability scores. The average score ranges from 0.79 to 0.36, giving a sense of how memorability changes across different scene categories. The distribution in below Figure indicates that some unusual classes like aurora tend to be more memorable, while usual classes like mountain are more likely to be forgotten. This is possibly due to the frequency of each category appears in daily life.

The architecture of DeepNSM model is presented in Figure 2. In DeepNSM model, the aforementioned category-related feature is concatenated with the deep feature obtained from the baseline model. Based on such concatenated element, additional fully-connected layers (including one hidden layer with the dimension of 4096) are designed to predict the memorability scores of natural scene images. In training, the layers of the baseline and ResNet models are initialized by the individually pre-trained models, and the added fully-connected layers are randomly initialized. The whole network is jointly trained in an end-to-end manner, using the Adam optimizer with the Euclidean distance adopted as the loss function.

Comparison with other models

The performance of DeepNSM model in predicting natural scene memorability regarding SRCC (ρ). The DeepNSM model is tested on both the test set of LNSIM database and the NSIM database. The SRCC performance of DeepNSM model is compared with the state-of-the-art memorability prediction methods, including MemNet, MemoNet, and Lu et al. Among them, MemNet and MemoNet are the latest DNN methods for generic images, which beat the conventional techniques using handcrafted features. Lu et al. is a state-of-the-art method for predicting natural scene memorability.

Fig: 3 shows the SRCC performance of DeepNSM and the three compared methods. DeepNSM successfully achieves the outstanding SRCC performance, i.e., ρ=0.58 and 0.55, over the LNSIM and NSIM databases, respectively. It significantly outperforms the state-of-the-art DNN methods, MemNet and MemoNet. The above results demonstrate the effectiveness of DeepNSM in predicting natural scene memorability.