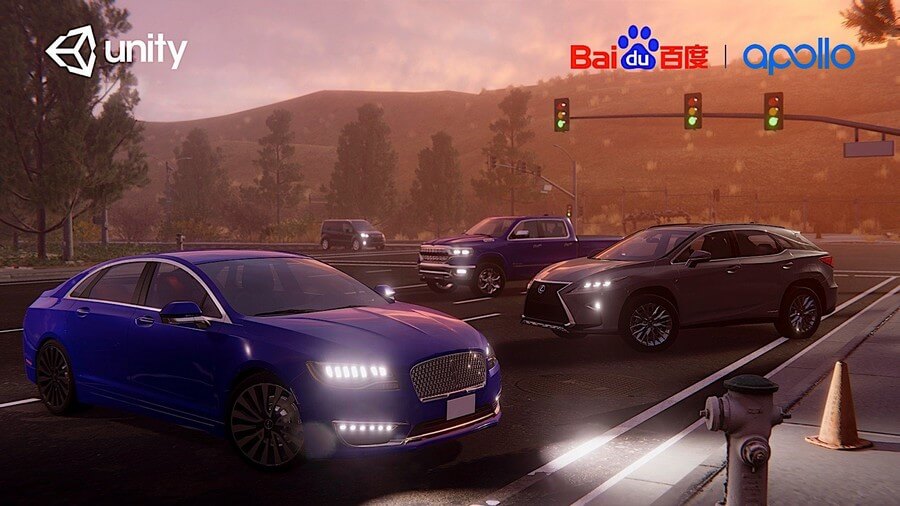 After the announcement of the partnerships with Microsoft and AutoDesk last month, Unity announced another collaboration, this time with Baidu. As part of Baidu’s ambitious self-driving project called Apollo, this collaboration is expected to help Baidu test their autonomous vehicles’ technology.

The open-source kind of platform – Apollo, is imagined to be a done as a joint effort of some automakers and OEMs. Baidu’s Apollo project includes all the different areas and parts of the self-driving technology spectrum, starting from perception and localization all the way to 3D simulation and end-to-end training and testing of autonomous vehicles.

The announced collaboration between Baidu and Unity is expected to speed up the development of a simulation environment for testing autonomous driving software. Such a simulation will enable developers to make the whole process of development completely digital. Besides that, there are some other advantages of using simulations and virtual environment both in development and testing. For example, risky or implausible scenarios can be generated and tested in simulation whereas it might be impossible to do the same in the real world. Moreover, dangerous situations which can’t be tested in real life can be created using such a simulation.

Unity, as one of the most popular game engines already has all the necessary assets to construct virtual worlds. Baidu’s Apollo researchers and developers will only have to use those assets to create and adopt a virtual world to the needs of autonomous driving development.

This collaboration should accelerate Baidu’s development of autonomous driving software. Besides Baidu, Unity works with eight of the ten largest OEMs in the world by helping improve the way they design, build, and sell cars.