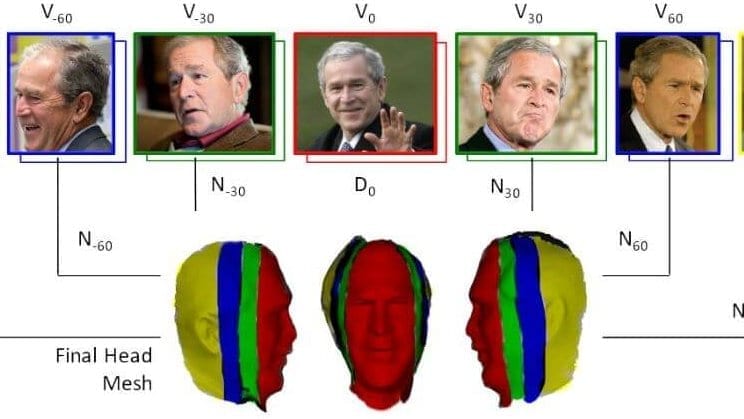 Methods that reconstruct 3D models of people’s heads from images need to account for varying 3D pose, lighting, non-rigid changes due to expressions, relatively smooth surfaces of faces, ears, and neck, and finally, the hair. Great reconstructions can be achieved nowadays in case the input photos are captured in a calibrated lab setting or semi-calibrated setup where the person has to participate in the capturing session (see related work).

Reconstructing from Internet photos, however, is an open problem due to the high degree of variability across uncalibrated images. Lighting, pose, cameras and resolution change dramatically across photos. In recent years, reconstruction of faces from the Internet has received a lot of attention. All face-focused methods, however, mask out the head using a fixed face mask and focus only on the face area.

This idea addresses the new direction of head reconstruction directly from Internet data. Given a photo collection, obtained by searching for photos of a specific person on Google image search, the task is to reconstruct a 3D model of that person’s head(the focus is only on the face area). If the given photos are only one or two per view, the problem is very challenging due to lighting inconsistency across views, difficulty in segmenting the face profile from the background, and challenges in merging the images across views. The key idea is that with many more (hundreds) of photos per 3D view, the problems can be overcome. For celebrities, one can quickly acquire such collections from the Internet; for others, we can extract such photos from Facebook or mobile photos.

The method works as follows: a person’s photo collection is divided into clusters of approximately the same azimuth angle of the 3D pose. Given the clusters, a depth map of the frontal face is reconstructed, and the method gradually grows the reconstruction by estimating surface normals per view cluster and then constraining using boundary conditions coming from neighboring views. The final result is a head mesh of the person that combines all the views.

The given photos are divided into a view cluster as Vi. Photos in the same view cluster have approximately the same 3D pose and azimuth angle. The photos with 7 clusters with azimuths: i= 0,−30,30,−60,60,−90,90. Figure 2 shows the averages of each cluster after rigid alignment using fiducial points (1st row) and after subsequent alignment using the Collection Flow method (2nd row), which calculates optical flow for each cluster photo to the cluster average.

The goal is to reconstruct the head mesh M. It starts with estimating a depth map and surface normals of the frontal cluster V0, and assign each reconstructed pixel to a vertex of the mesh. The algorithm is as follows:

To complete the side view of Mesh, boundary value growing is introduced. Starting from the frontal view mesh V0, we gradually complete more regions of the head in the order of V30, V60, V90 and V−30, V−60, V−90  with two additional key constraints.

After each depth stage reconstruction (0,30,60,.. degrees), the estimated depth is projected to the head mesh. By this process, the head is gradually filled in by gathering vertices from all the views.

Below fig shows the reconstruction per view that was later combined to a single mesh. For example, the ear in 90 and -90 views is reconstructed well, while the other views are not able to reconstruct the ear.

In Figure 5, it is shown how two key constraints work well in the degree 90 view reconstruction result. Without the correct reference normals and depth constraint, the reconstructed shape is flat, and the profile facial region is blurred, which increased the difficulty of aligning it back to the frontal view. 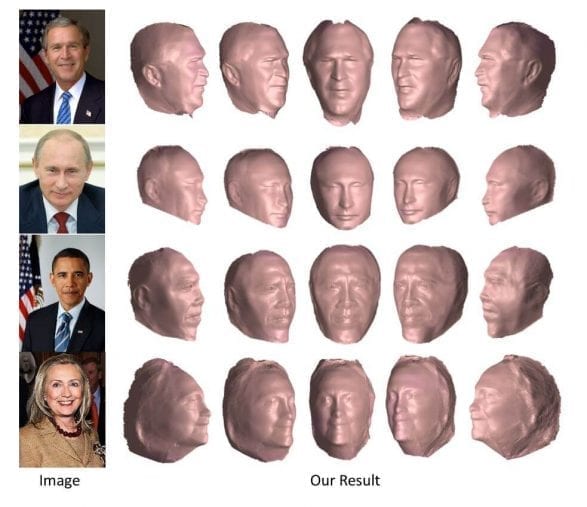 Fig:6 Final reconstructed mesh rotated to 5 views to show the reconstruction from all sides. Each color image is an example image among around 1,000 photo collection for each person.

Comparison with other models

In Figure 6 a comparison is shown to the software FaceGen that implements a morphable model approach. 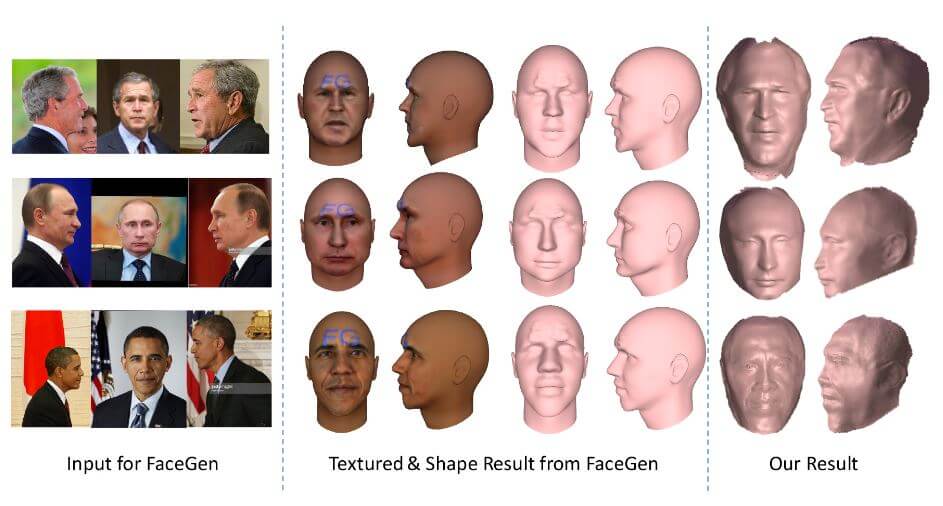 For a quantitative comparison, for each person, the reprojection error is calculated of the shapes from three methods (suggested approach, Space Carving and FaceGen) to 600 photos in different poses and lighting variations. The 3D shape comes from each reconstruction method.

The average reprojection error is shown in below Table.

The error map of an example image is shown in Figure 7. Notice that the shapes from FaceGen and Space Carving might look good from the frontal view, but they are not correct when rotating to the target view. See how different the ear part is in the figure. 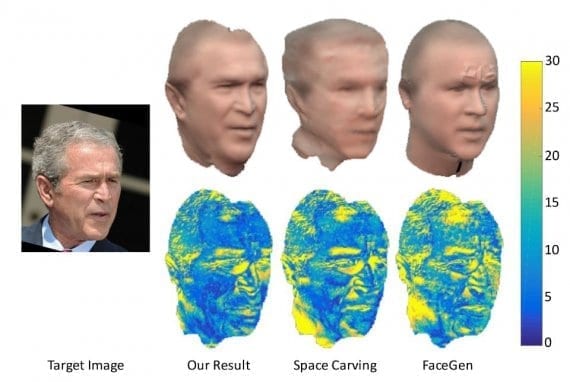 Figure 7: Visualisation of the re-projection error for 3 methods

This approach shows that it is possible to reconstruct head from internet photos. However, this approach has the number of limitations. First, it assumes a Lambertian model for surface reflectance. While this works well, accounting for specularities should improve results. Second, fiducials for side views were labeled manually. Third, the complete model is not constructed; the top of the head is missing. To solve this more photos need to be added with different elevation angles, rather than just focusing on the azimuth change.