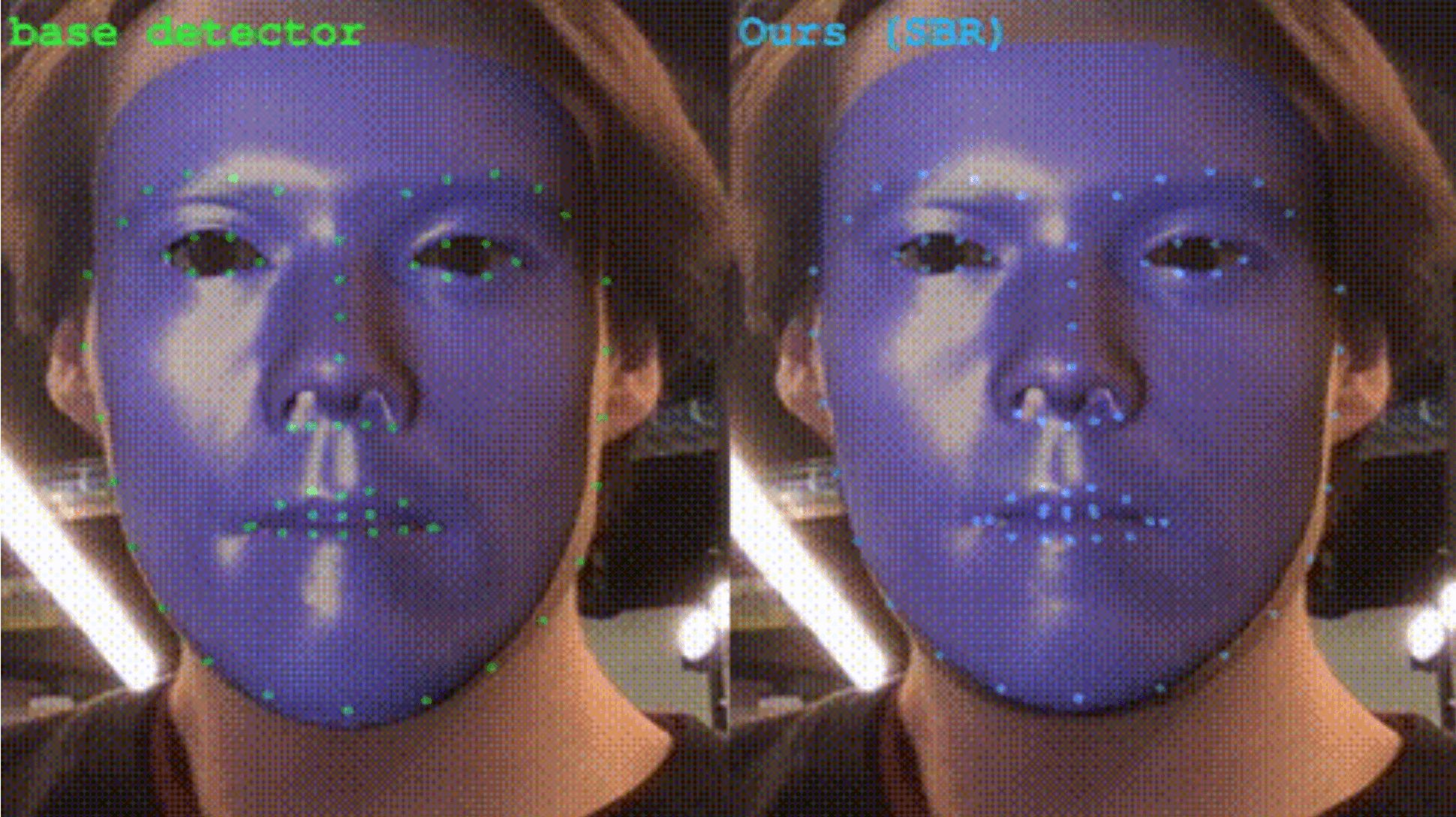 as human annotations inherently have limits on precision and consistency. Other methods that focus on video facial landmark detection utilize both detections and tracking to combat jittering and increase precision, but these methods require per-frame annotations in a video.

This research is using the unsupervised learning to do the task. Supervision-by-Registration (SBR), which augments the training loss function with supervision automatically extracted from unlabeled videos. The key observation is that the coherency of

SBR is an end-to-end trainable model consists of two components: a generic detector built on convolutional networks, and a differentiable Lucas-Kanade (LK) operation. During the forward pass, the LK operation takes the landmark detections from the past frame and estimates their locations in the current frame. The tracked landmarks are then compared with the direct detections on the current frame. The registration loss is defined as the offset between them. In the backward pass, the gradient from the registration loss is back-propagated through the LK operation to encourage temporal coherency in the detector. The final output of the method is an enhanced image-based facial landmark detector which has leveraged large amounts of unlabeled video to achieve higher precision in both images and videos and more stable predictions in videos. SBR brings more supervisory signals from registration to enhance the precision of the detector. In sum, SBR has the following benefits: 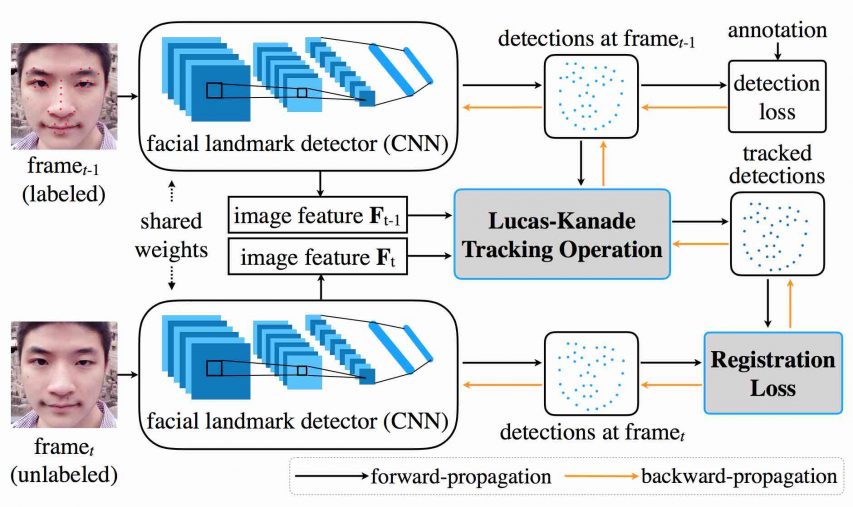 The first detector is CPM, which utilizes the ImageNet pre-trained models as the feature extraction part. The first four convolutional layers of VGG-16 is used for feature extraction and use only three CPM stages for heatmap prediction. The faces are cropped and resized into 256×256 for pre-processing. We train the CPM with a batch size of 8 for 40 epochs in total. The learning rate starts at 0.00005 and is reduced by 0.5 at 20th and 30th epochs.

Good news! Now you may swap face with celebrity in a second with our brand new app SWAPP!

The second detector is a simple regression network, denoted as Reg. VGG-16 is used as the base model and change the output neurons of the last fully-connected layer to K×2, where K is the number of landmarks. Input images have been cropped to 224×224 for this regression network. 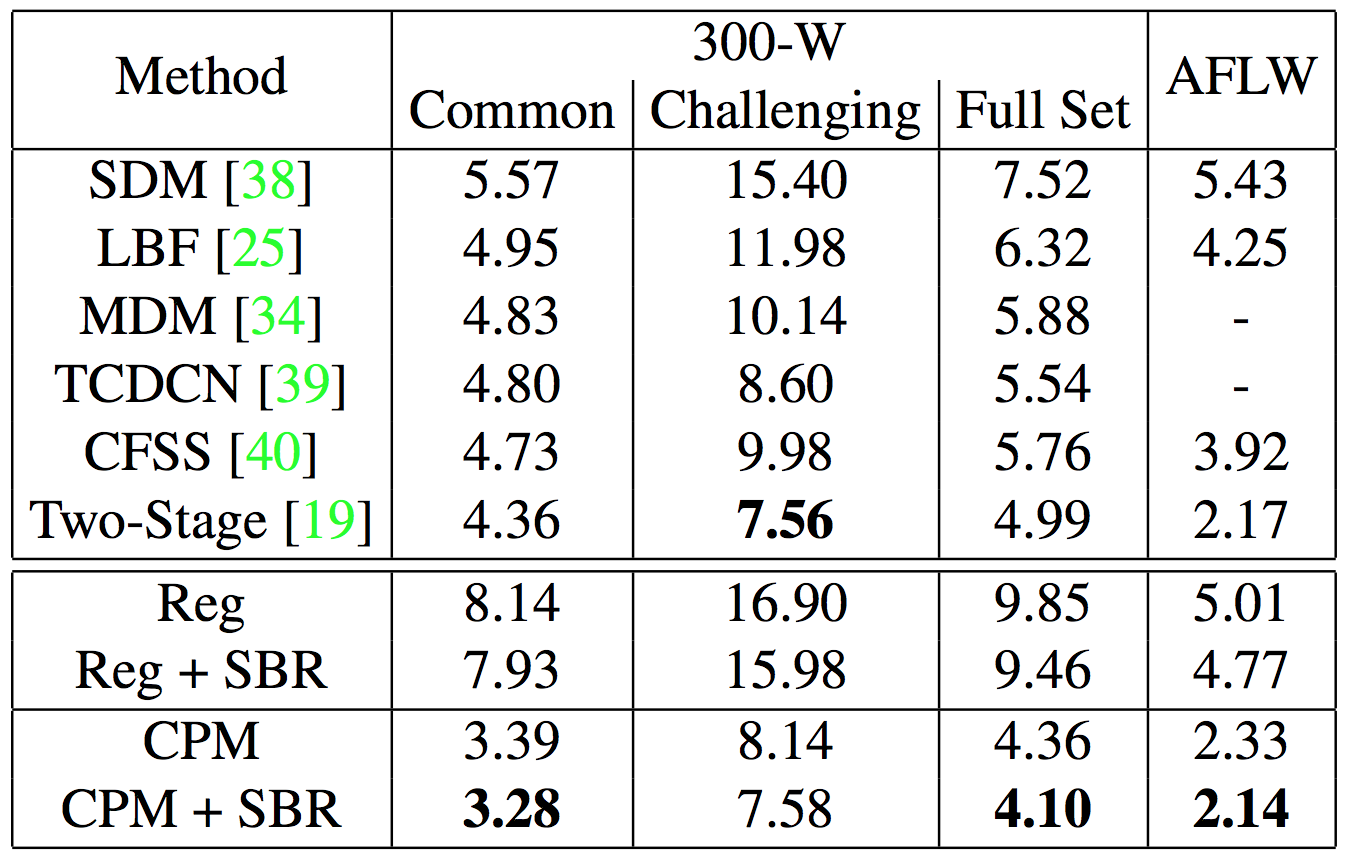 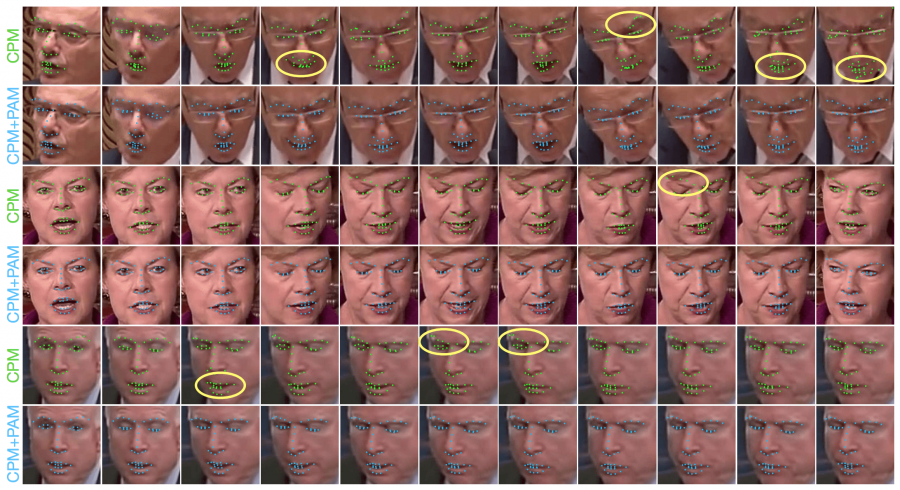 The datasets used to compute the 300-W, AFLW, youtube-face, 300-VW and YouTube Celebrities. The result of SBR is shown in fig:2 is performed on both the Reg (regression-based) and CPM (heatmap-based) on AFLW and 300-W. Normalized Mean Error (NME) is used to evaluate the performance of images.

SBR achieved the state-of-the-art result on all of the datasets. supervision-by-registration (SBR). The main advantages are:

Also, experiments on synthetic data show that annotation errors in the evaluation set may make a well-performing model seem like it is performing poorly, so one should be careful of annotation imprecision when interpreting quantitative results. 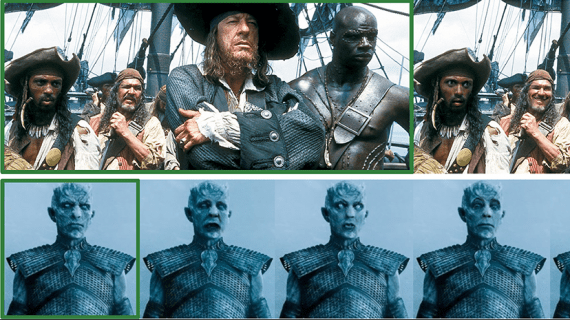